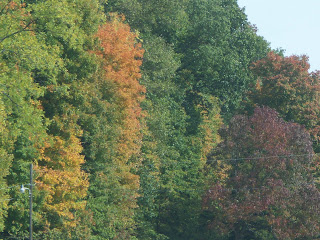 Today was something completely unexpected. We discovered there is a beautiful Las Vegas style casino right here in Southern Indiana. It’s located in French Lick, Indiana along with a beautiful resort hotel. Of course a casino drew us like a magnet and the ride today would consist of a route down to the casino, a couple hours of gambling and then lunch, followed by a different route back to Linton and Aunt Norma’s.
We left Linton on Highway 54 and stayed with it all the way to Oolitic. ( don’t ask me how it got its name). There we intercepted Highway 37 heading due south to Paoli. It was a nice motorcycle road, not as spectacular as 66 but nice. At Paoli we turned west on Highway 150, then onto Highway 56 and followed the signs to the casino. 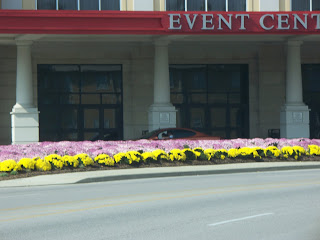 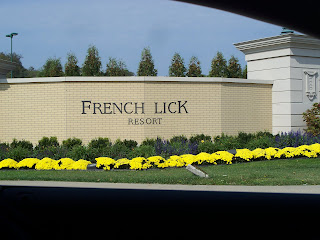 It’s a beautiful place and we thought it was a great discovery. We arrived at noon, had a nice lunch, gambled for about two hours, Marguerite won and I lost. Then it was back on the Wing for the return trip to Linton. The road we came into French Lick on was Highway 56 and it looked interesting. So we decided to take 56 west, a nice motorcycle ride, over to the intersection of US 231 and then go north on 231 to 54 and then back to Linton. In the casino we saw big screen TV with current weather. We noticed that a massive cold front was closing down on Indiana, with lots of rain out in front of the front and some rapidly dropping temperatures. This route would be the fastest way back and we felt the need to hustle back to Linton.
It was a good decision. We arrived back in Linton just as the rain started to fall and our Florida bodies could already feel the major chill in the air as we arrived. For Ride two or Day two of Riding in Southern Indiana, it couldn’t have been much better.
Posted by Winging It at 6:33 PM